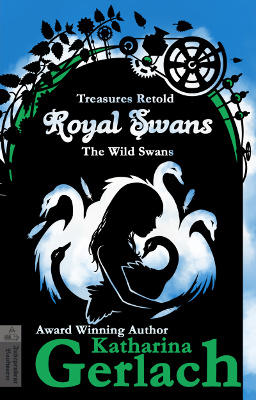 When the royal family of the neighboring country visits, Prince Laurent turns down the princess—with dire results. Turned into swans, he and his brothers flee, followed by their sister in a flying machine. But then they crash on a remote cemetery. Can they regain their human bodies, before the angry princess catches up with them? And what about the strange ghost Laurent feels attracted to?

What if Hans Christian Andersen had known what “The Wild Swans” were capable of?