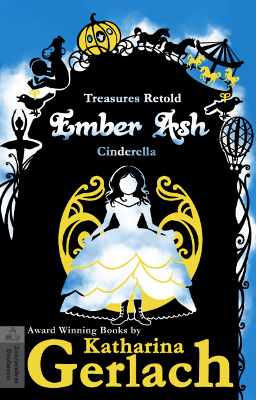 Ember Ash toils in the family’s clockwork shop under her stepfather’s watchful eye and dreams of magic. When she buys a fairy in a cage, her life takes a turn for the weird even though the fairy’s magic is but weak. Can Ember outwit her jealous stepsister and find a magic of her own?

What if the Brother’s Grimm hadn’t realized how capable „Cinderella“ really was?