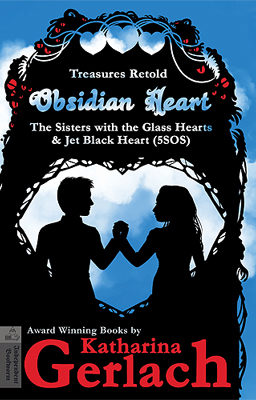 Despite the disabilities a curse has caused, tsarevna Rivka fights for her independence. Why can’t her father, the tsar, understand that burning witches isn’t the answer to her and her sisters‘ heart problems? She only learns how badly the curse affects the three princesses when she meets glass blower Nikolaj who seems to be tied to her in some strange way. Can she get her father to see reason before her heart drags her to hell?

What if Richard von Volkmann-Leander hadn’t known that “The Sisters with the Glass Hearts” were far more capable than you’d expect?

The book includes a bonus story and the original fairy tale. And since it’s the last book in the series, it is longer than the other volumes.
For YA and Adult Fairy Tale Fans

This book is also based on the song „Jet Black Heart“ by 5SOS. The band has been informed.