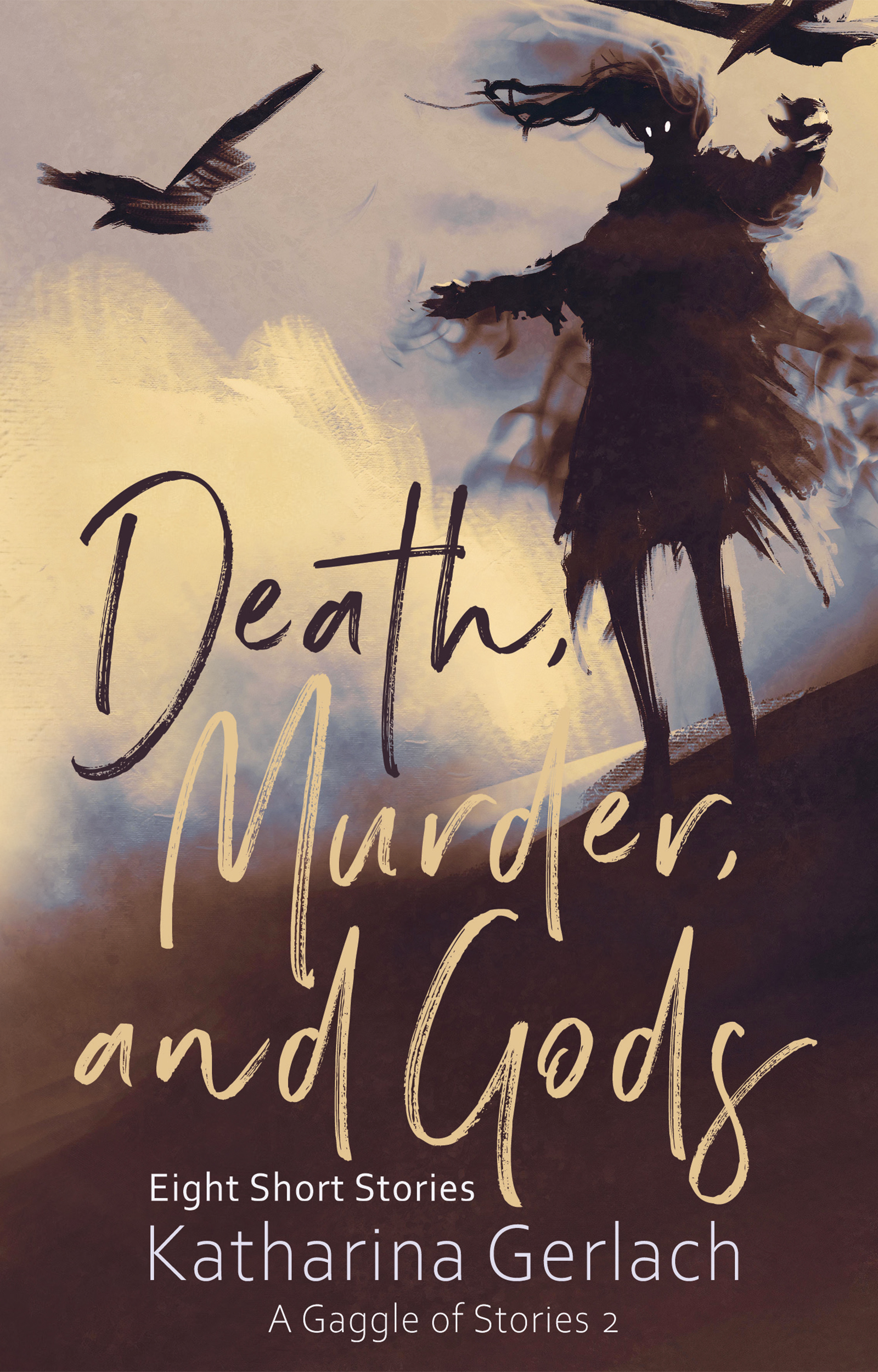 An unhappy Death, murder in the name of an ancient god, and a bridge where dogs die. The world has room for all, but not unchecked.

Even though each world has a dark side, there will always be those who will give their lives to keep innocents out of harm’s way.
Quantum physics opens doors that would better have stayed closed, putting more than one soul in peril.
An Ancient god longs for tranquility when his new acolyte goes too far.
One of the many Deaths is grumbling. He’s in love with life and hates his job. But then he gets accidentally pulled into the soul collector.
A security guard calls Death to ask for a favor when his sins catch up with him. Now the life of his niece and sister are part of the gamble.
A conflicted officer of the magical police must catch a murderer stealing hearts – literally.
A handicapped fairy police officer is sent to investigate an emergency call at Overtoun Bridge, annoyed that she’s got a new partner, a dwarf.
When a child summons The Lady of Slaughter, the goddess must face her biggest enemy: herself.
A young guard is dreaming of other worlds when unwanted visitors show up at the entrance to the forgotten temple.

In these eight short stories, Katharina shows creatures that only partially qualify as people. Writers of the Future judge Dave Farland told Katharina, “Your writing is excellent and you pulled me in from the start.”